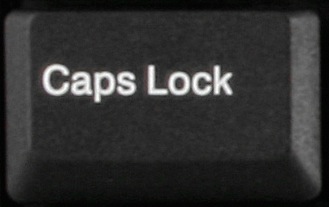 On most web pages where a user needs to register / login, there is a password field where the input is masked. One issue there is that a user cannot see whether what he’s typing is actually what he thinks he’s typing. When logging in, it’s not such a big issue, since if you mistyped your password, you’ll see that you’re not authenticated.

When registering, it’s more of an issue. The common solution is to ask the user to type his password again. If a user pressed a wrong key once, the second time the chances are high that he won’t press the exact same key. Of course there are a few exceptions:

For the first one, there isn’t much you can do about it, except taking a snapshot of the keyboard with the webcam and figuring out which layout it is ;-).
For the second one, you can’t handle it in JavaScript. To read the num lock state, you’d need some ActiveX objects or VBScript.
It leaves us the caps lock thing. This one can be handled in JavaScript. If you google for it, you’ll find many posts, articles and forum answers about it. All kind of look like this:

Basically, it does the following:

This method has 3 major problems:

For the first point, you can detect that the user pasted something (vs. typed it in), by using an onpaste on the input box. You could also forbid copy and pasting using:

For the second point, you should probably detect whether you’re running on Safari and disable the check (especially since Safari already shows you with a small icon that caps lock is on). You can detect it this way:

Or this way (assuming Apple doesn’t have a second browser line when you read this post ;-)):

Now let’s come to the third point. If you have a German or French keyboard, you’ll have many more keys available to type in a password. The code above will not notice that caps lock is on if you type Ö or Ä. This is because ö and ä are not between a and z (in terms of character code) but afterwards. So just defining ranges will not work for all languages.