Last month, it was the first anniversary of the benohead.com domain. Over the past year, there were many times where I had so much to do that I couldn’t write much but I guess I’ve managed to always get back to blogging before it was too late and it cost me too much effort to write again.

Judging by the amount of Spam I’m getting, the blog has become quite successful (just ignore the figures for may 2013 as I took the screenshot some time ago. I assume it will be around 20000 spam comments at the end of the month): 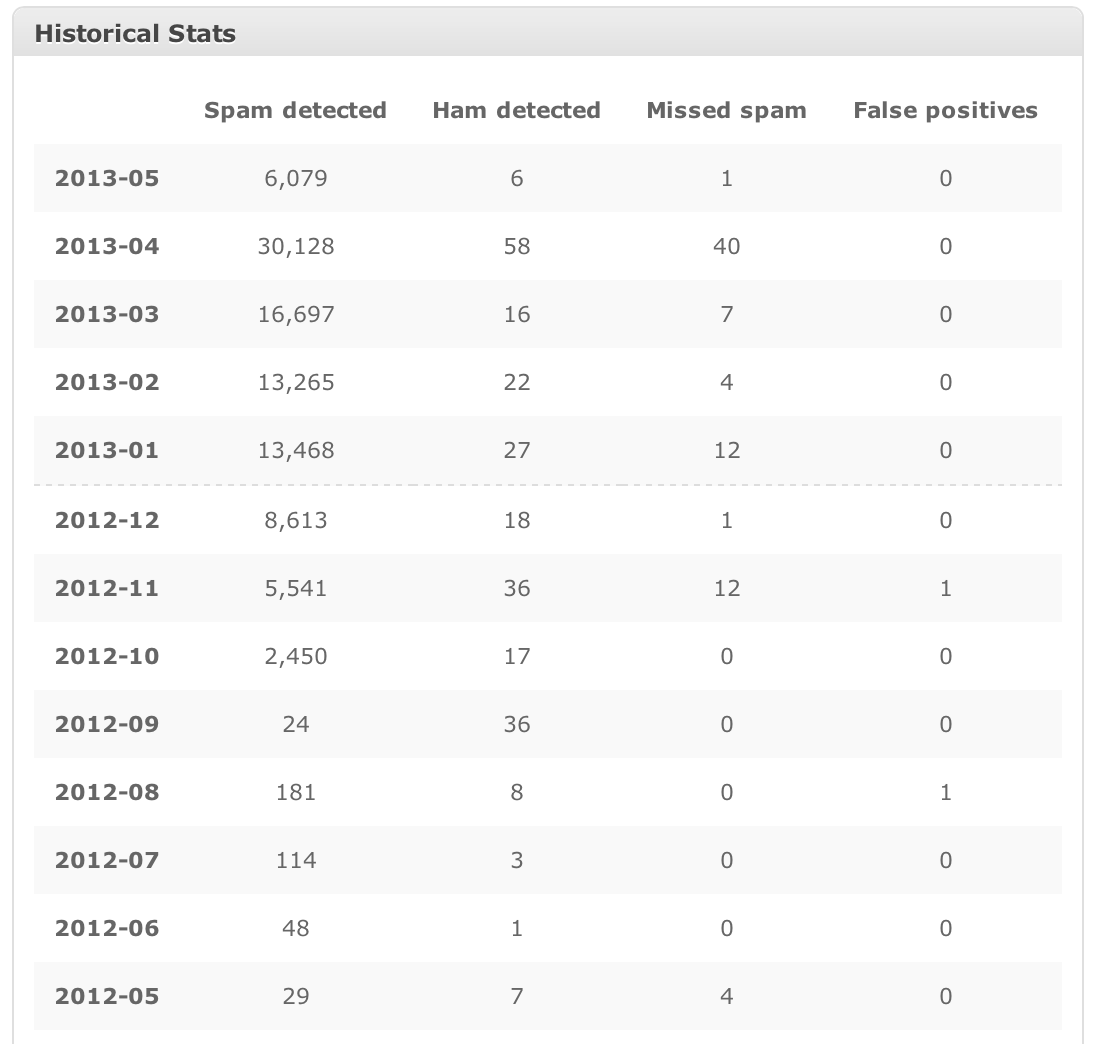 Actually I really thought in November that Akismet stopped working since I was getting some unfiltered Spam comments. But I then realized, it was just because the number of Spam comments exceeded 5000 a month. So 12 missed spam comments is only like 0.25%… Fortunately, it wasn’t only the amount of Spam comment which increased but also the number of visitors. Now about 8000 unique visitors a month:

Of course you can see that the number of visitors is not really growing anymore but I guess it’s already not bad for a technical blog where I only write once in a while.

Comparing the first 6 months of the blog with the past 6 months shows a few interesting facts:

Now the second year of benohead.com has started. It’s not anymore about building up the site but about keeping it at the level where it is. Let’s see how the summary of this second year will look like in a year from now…