When opening a CHM file downloaded from Internet on a Windows Vista or Windows 7 machine, the file may not render properly and just show empty pages. All you’ll see no matter which page you select is an error message saying that “Navigation to the webpage was canceled” e.g.: 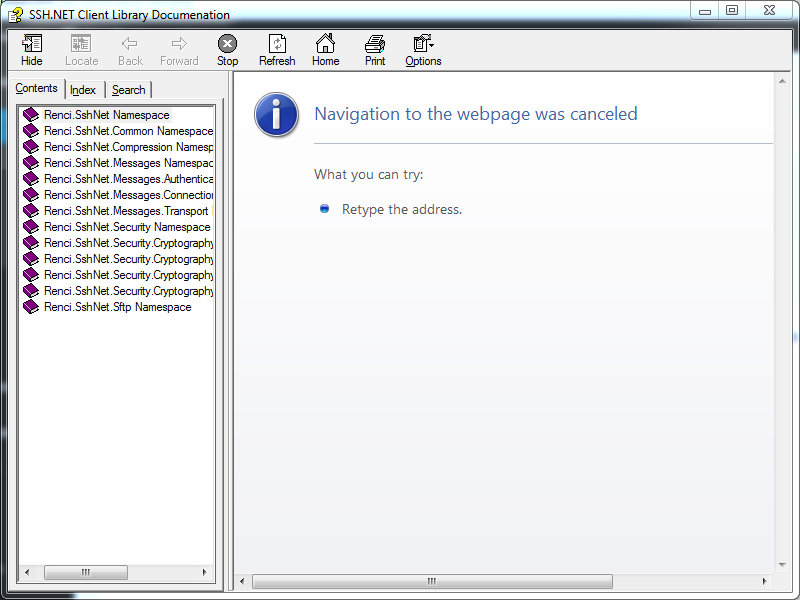 The problem is that the file comes from another computer and is blocked. It’s strange because you actually get a security warning when opening the file and one would expect that if you open it anyway, everything should be fine. Here an example of such a security warning: 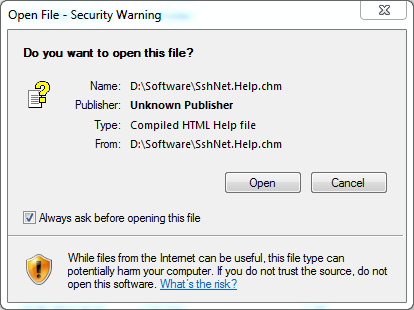 The solution is to unblock the file. In order to do it, do not open the file directly from the browser but save it to disk, then right click on the file, choose Properties and unblock the file: 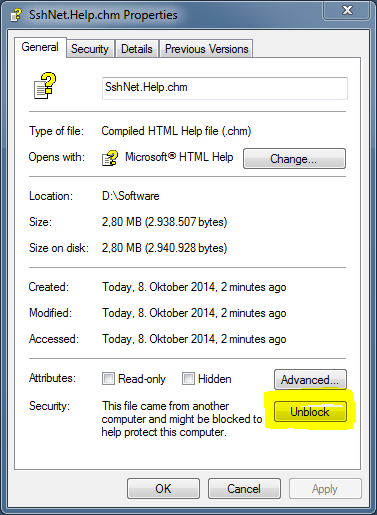 Note that you should only unblock files that you trust.

If you do not see an Unblock button, you have either already unblocked it and it doesn’t work anymore (not exactly sure when this happens) or you might have stored the file on a file system which doesn’t support the Unblock feature (not sure but it looks like it only works on NTFS).

You can also implicitly unblock the file by unchecking “Always ask before opening this file” in the security warning shown above.

So this whole behavior seems not to be very consistent but fixing it was pretty straight forward.

Update: It looks like on Windows 8, you can unblock files from a PowerShell using the following commandlet: